A while ago I wrote about the effects of fuel tax in Greece and the environmental catastrophe that entailed. Now a more morbid reality emerges as in their attempt to keep warm people resort to old-fashioned methods that are clearly dangerous. In one case, 3 children aged 5, 7 and 15 lost their lives from smoke inhalation. Two days ago 2 students died of the same reason.

Last year an elderly person committed suicide in Syntagma Square protesting against the austerity imposed by the IMF, EU and the Greek government alike. Greece that prided itself on one of the lowest suicide rates in the world is unable to do so anymore.

However, the point I want to make here is different. While no one denies the devastating effect of austerity policies on the weakest members of the society, the Greek opinion makers have unleashed an unprecedented and systematic attack on the victims. Yes, even on the deceased. The dead students clearly have nobody but themselves to blame for not paying attention in physics at school, suicide victims suffer from mental disorders (therefore they would have killed themselves anyway) and protesters are communists seeking to establish a corrupt regime (assuming the existing regime is not corrupt enough).

The same people turn a blind eye to police practices such as torture and kidnapping. The media refrain from referring to such incidents and when they feel compelled to do so (cause the *bloody* social media won’t keep quiet) they refer to them as “isolated” despite their very frequent occurrence.

Needless to say how the result of the Italian elections was welcomed: Italian citizens are obviously immature little brats in need of discipline for electing “clowns” and “corrupt Mafiosos” instead of Merkel’s pet, Mario Monti. This unfortunate outcome also gets to show that democracy is an imperfect system. (This analysis of course fails to inform us on how successful or democratic Monti’s policies were.)

I could go on and on giving examples of the fierce way the establishment in Greece has (successfully, I have to admit) tried to protect its own. Instead, I will treat you to the country’s most typical dish, souvlaki, since I suspect it’s the only Greek invention left worth mentioning. 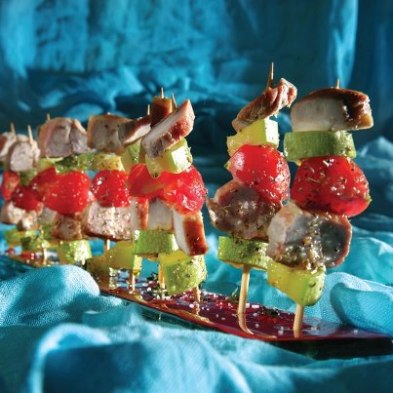 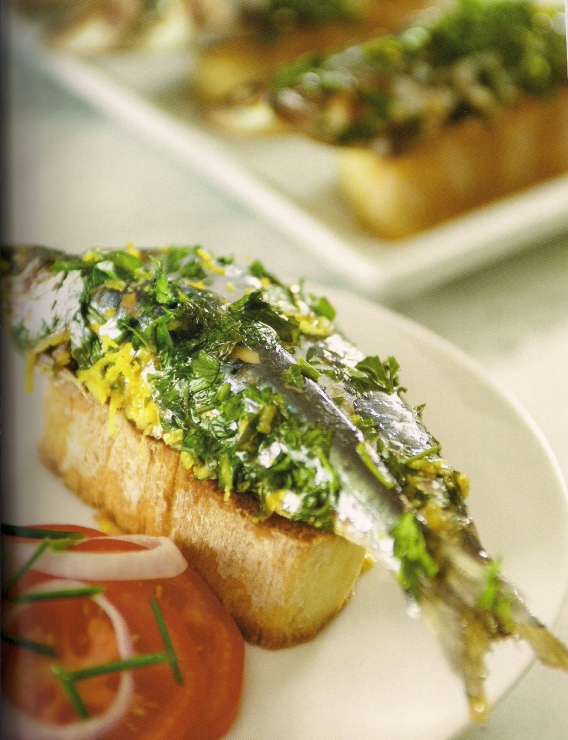 This light and absolutely delicious dish is destined to set you in the right mood in the wake of the Italian elections which could prove to be a game-changer in Europe.

Preheat the grill to medium. Heat the oil in a large, heavy-based frying pan. Add the chopped garlic and cook over a low heat, stirring frequently, until soft. For the bruschetta, lightly toast the bread on both sides under the preheated grill. Keep warm in a low oven.

Add the sardines to the frying pan and cook for 5 minutes, turning once. Sprinkle with the lemon rind and parsley and season to taste.

*To clean the sardines, slit open the belly and remove the insides. Rinse and dry. To scale, hold each fish in turn by its tail under cold running water and run your hand along the body from tail to head until the scales are removed.

As long as the so-called pro-European/liberal/responsible governments (my foot) adopt undemocratic and oligarchic policies they can rest assured that a bunga bunga will always be spoiling their party. #amen